Baby I by Ariana Grande

See Miley? This is a nice little song. Once that’s not about drugs and twerking.

Me & My Girls by Fifth Harmony

The Wire by Haim

Electra Heart by Marina & The Diamonds

When you’re singing you can hear the echo of people in the audience singing every single word with you, and that was that big dream that I had for myself. It’s happening.
Taylor Swift

I went to my TAY TAY concert. Whoop Whoop!

OMG. I had soooo much fun, y’all. You don’t even understand.

Here’s a head-to-toe breakdown of the outfit that I wore:

Bracelet from Kohls- Around $10

OK, so here’s what happened before the concert:

I went to this program for rappers, singers, and poets to audition for this program to cultivate their skills. Their acceptance was based on their audition, their health (they exercised), and a little bit of intelligence. I was like a time keeper. It was OK. I was glad to help. I looked fabulous by the way. But anyway, after that I met up with my friends and we went to go pick up one of their tickets at tne stadium at around 3 something. Did you know Swifties were already there? OMG and I saw so many people in red who had drawn on their faces and legs like the number 13 and song lyrics and stuff. It’s so cool to think about how many people (out of 50,000) in my city were in Red yesterday (notice it’s capitalized). After we’d gotten her ticket, which we were totally sent on a goose chase by the way and sent to walk around when the tickets were right behind the guy who sent us on the wild goose chase, and I was in heels, we got changed at a friend’s house and then we were off… into traffic that wasn’t moving nearly fast enough so we got out and walked. Yes. Walked. Read that Tay Tay? I got out walked for you. I don’t walk when there’s perfectly good transportation around. That’s how much I love you gyrl. And eventually we started running. I was running for Tay Tay and my friend was running for Austin Mahone, who was an opening act, a.k.a. her “baby daddy.” Lolz. My two other friends were struggling to keep up. And then I got the tickets from this little website and I was worried if they were fake. I actually called and they confirmed that the tickets were real but they give out multiples of the same ticket, so we had to be there first and we’d only showed up about a half-an- hour befoe the show was supposed to start. So you can only imagine my relief when the tickets were real, only after they couldn’t scan the ticket. Oh GAWD, I started running as soon as they let me through.

OK, so the first act was Casey James who I had no idea existed until yesterday, and then Austin Mahone performed and my friend cried nearly five times, and then Ed Sheeran performed and he’s like some kind of orange haired rapper/singer/beat-boxer/guitar hitting/musical perfection. He’s AHmazing and if I wasn’t a fan before I am now.

Here’s the stage. One of my friends were in the pod, so jelly…:

Are you seeing red?:

I was trying to capture the wave that the whole crowd was doing. But I had a Flip Video, which is really old, and I couldn’t zoom in to the extent that I wanted:

When she came on I screamed and I’m sorry if you can hear my horrible, horrible singing. I was sick too, and still am sick. All that singing and screaming made my throat that much worse:

And here’s her singing some more. Mind you I’m no director:

I had so much fun you guys. I wish I had taken more videos but I felt like I was missing so much while trying to record. And guess what? Taylor said that she chose my city as the last big stadium show because we’re really good and crazy fans and we dress up. And she’s so cute you guys, she was poise and proper as she said “Welcome to the Red Tour.” And she performed two songs with no shoes. She’s so down to Earth and she walked through the crowd on the floor and touched hands and she walked (well… kind of danced) to this smaller stage, that you can see above, so all of us in the back could see her better. Isn’t she AHmazing guys? And she cried during the performance of “I Almost Do.” And she played the banjo and piano guys. And it was so colorful and she had these ballet dancers and her fiddle player did this fierce performance on a red fiddle. Tay Tay is like my Beyonce. And you know she’s getting this kind of fierce walk and she really pops those hips… Get fierce gyrl, get fierce. Oh I am so going to the next concert. Thank you so much Tay Tay for one of the best nights of my life! I never sat down during your performances! And I didn’t get home until around 2 AM…

Have you been to a Taylor Swift concert this year? How much did you enjoy the Red Tour?

All I need is me and my girlfriendsssssssssss….

OMG! This gyrl can sing and this song is hot! Damnz Zendaya… you have a hit blasting through our radios honey.

Best Song Ever by One Direction

Me & My Girls by Fifth Harmony

Oh they’re just cute! And this song is hot!

Miss Movin’ On by Fifth Harmony

Slow Down by Selena Gomez

Selena would you stop growing up please?!

Made In The USA by Demi Lovato

Lies by Marina & The Diamonds

Side note: if a man ever gives you a black eye, you fix it so that no girl would ever want him again, he may never have children again, and make his life a living hell. You may also inform him that Maryam told you to do it.

Who knew Zoey’s best friend had a voice like that?

Ooh La La (from The Smurfs 2) by Britney Spears

Well isn’t this cute? And she involved her sons… Those are her real sons right?

Haven’t you missed these girls? Loving the more soulful feel, the Scarlet O’Hara look, Aly’s new hair color… I like this new turn.

Red Hands by Walk Off The Earth

I have no idea what they say in this song, but I know I love it…

You should be ashamed if you haven’t heard this song! My neighbors should also be ashamed for using illegal fireworks when it’s not even July 4th yet and making my heart jump every time they use another one. I live much too close to my neighbors…

Made In The USA by Demi Lovato

Somebody Else ft. Nicki Minaj by Mario

I love this. And I don’t think I’ve ever liked a Mario song before.

Heaven In This Hell by Orianthi

We missed you gyrl!

I can’t tell you the last time I heard a Plain White T’s song… I love this song!

Big When I Was Little by Eliza Doolittle

I Wanna Go by Yuna

I love this song and I love Yuna… She takes her identity and makes it fierce! Werk!

Way In The World by Nina Nesbitt

I thought this was cute…

Is it so goth of me to love this song? Maybe it’s rebel me…

I know I’m fine- so- fine, but thank you Bruno!

Everything Has Changed ft. Ed Sheeran by Taylor Swift

Slow Down by Selena Gomez

OMG. Somebody’s growing up and finding their niche in music. I’m almost tempted to buy her new album…

The One by Tamar Braxton

I literally screamed when I found this video! I’m so proud of Tamar. She’s finally getting herself and her music out there… and rockin’ that baby bump. Go gyrl!

We Got The Power by Loreen

I Could’ve Been Your Girl by She & Him

Here’s To Never Growing Up by Avril Lavigne (Official Video)

Yay! Here’s to never growing up!

Tay Tay is finally working with the man who sings her favorite song- Tim McGraw! Happy for you gurl! And your vocals get better every time we hear a new song!

Some Fabulous Chick has graduated!!!

Some Fabulous Chick has graduated! Have any thing to say? Wanna give her lots of luv and well- wishes?! Sign her autograph book! Click the image! 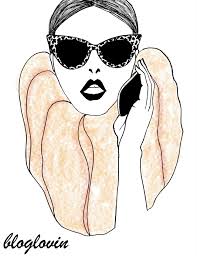